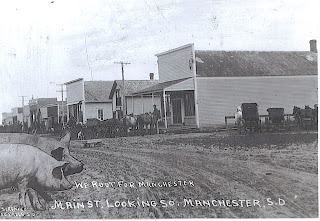 Some of the following text is my words, but most are the words of Brian Flindt, a fourth generation native of Manchester, South Dakota. I didn’t think I could do any better than him. Manchester was a small unincorporated community located on US Highway 14, in Kingsbury County, in the east-central part of the state of South Dakota. On June 24, 2003, the town was completely annihilated by a large F4-rated tornado, and has since become a ghost town.

In the latter part of the 19th century, Manchester was just another small prairie town, made up of farmers and merchants.The homes and buildings left in town were a cherished remnant of what the town once had been. Manchester, like so many prairie towns, began in the early 1880’s and was somewhat self-contained out of necessity. Manchester was the center of life for many neighboring farms as well as the people who lived in the town. A rich social life and healthy business community existed at Manchester, too. There were general stores, groceries, a bank, a pool hall, a livery stable, a lumber yard, a blacksmith shop/garage, two gas stations, two grain elevators, restaurants, an egg-buying station, a hotel and a town hall; not to mention two churches and a school. As transportation and the roads improved by the 1920’s, Manchester began to diminish and neighboring towns increasingly drew business and the town’s population away 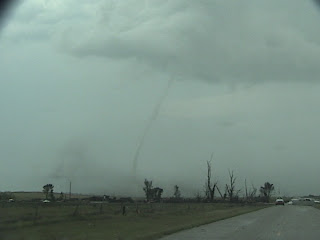 The state’s territorial centennial was celebrated with a festival located near Manchester’s southwest border and over 150,000 people came to celebrate, which set the record as the state’s largest crowd at the time. Clint Eastwood, then a young actor, was there signing autographs and promoting his western television series, “Rawhide”. 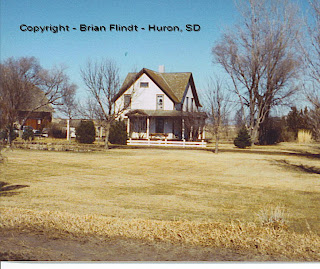 Farmhouse in Manchester before tornado 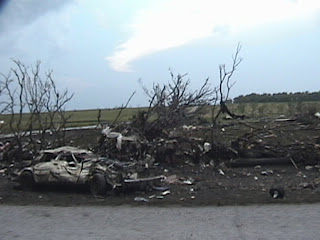 Another record event would not take place at Manchester until June 24, 2003, when the tornado engulfed the remaining citizens and their property. the national record for 67 tornadoes in one state in 24 hours was tied. Incidentally, the path the tornado took went right over the field where this festival was held. 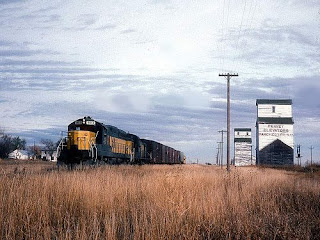 An overpowered westbound passes the old Peavey elevators at Manchester, SD on 11-22-79.

Though the town of Manchester was leveled, perhaps a new chapter in the town’s history is beginning, this one based on tornadic research. Now many stormchasers will hold vivid memories of Manchester and the immediate area and they, along with historically-rooted people, will be connected to a “virtual” Manchester. 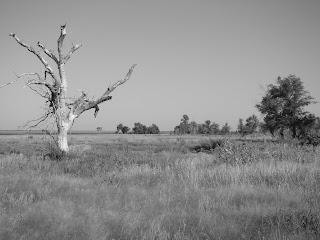 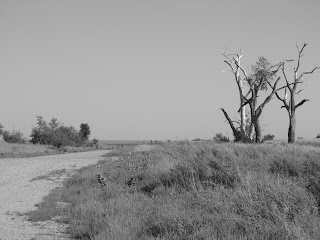 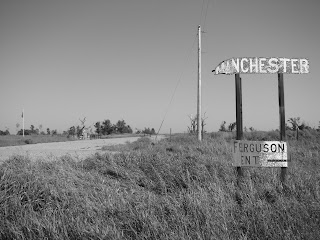 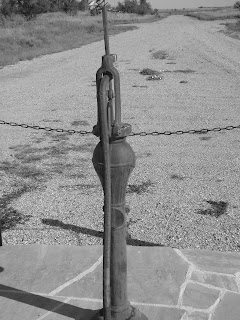 MORE ON THE TORNADO

THE LARGE TORNADO THAT DESTROYED THE COMMUNITY OF MANCHESTER IN KINGSBURY COUNTY SOUTH DAKOTA IS OFFICIALLY CLASSIFIED AS AN F4 TORNADO BY THE NATIONAL WEATHER SERVICE.

THIS TORNADO…FIRST TOUCHING DOWN IN NORTHEAST SANBORN COUNTY…MOVED THROUGH MANCHESTER AT APPROXIMATELY 745 PM TUESDAY EVENING JUNE 24 2003. AS THE TORNADO MOVED THROUGH MANCHESTER IT WAS ABOUT A 1/2 MILE WIDE. THE F4 DAMAGE EXTENDED 1 1/2 MILES SOUTH OF MANCHESTER…THROUGH THE SMALL COMMUNITY… TO 2 1/4 MILES NORTH OF MANCHESTER. THE TOTAL TORNADO PATH WILL BE DETERMINED BY AN AERIAL SURVEY PLANNED FOR THURSDAY…BUT IT IS ESTIMATED TO BE AROUND 25 MILES LONG. F4 TORNADO WINDS RANGE FROM 207 MPH TO 260 MPH ON THE FUJITA SCALE

Incredible video of the Woonsocket and Manchester Tornadoes 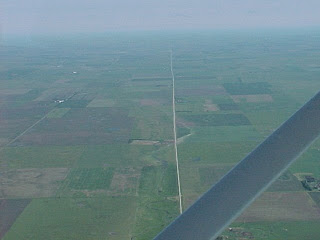 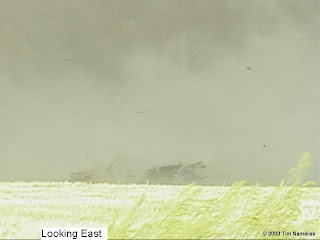 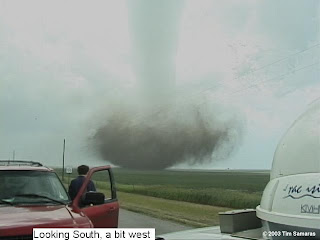 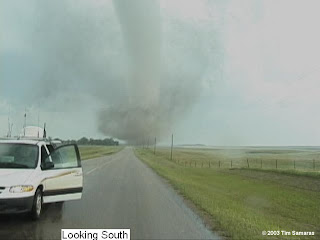